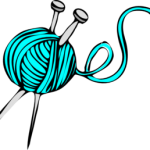 I am going to continue my series of very short articles or tidbits on Transaction SQL string functions. I will exploring the STR() function today.

It returns a formatted string representing the floating point number.

The example below takes a floating point number and rounds it to two decimal places.

One thing to worry about when using TSQL functions is how will it react with out of range values. In the example below, a negative values are used for total length and number of decimal places.
Both examples return a NULL string as output.

Another thing to always worry about when using TSQL functions is how will it react with a EMPTY strings or NULL values? I was surprised to find out that a empty string returns zero instead of the expected NULL value.

I will be exploring the STUFF() function next time. Is it Thanksgiving Day already?