PowerShell comes installed as part of the operating system in Windows 7. I checked my system which is a base install of Windows 7 SP1.

The ISE or integrated scripting envrionment is the place to code, debug and launch scripts.

To open the development environment, type powershell_ise at the run or command prompt to launch the application. 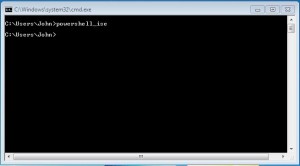 At this point, you have to decide if you can live with the current version or install the new version.

There are two commands that can be used to find the version. The Get-Host command let shows not only the version but other details. The $PSVersionTable.psversion is a runtime variable for just version information. 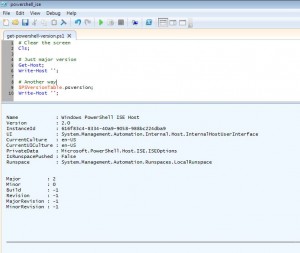 I have decided to stick with version 2.0 which comes with Windows 7. However, if you want to upgrade to version 3.0, check out these installation instructions on MSDN.