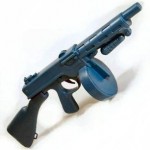 Today, I will be looking at how INSTEAD OF TRIGGERS can be used to make our VIEW correctly work with a UPDATE statement.

I will be using the [AUTOS] sample database for this demonstration. The [VW_JOIN_MAKES_2_MODELS] view will be enhanced with a instead of trigger so that update action can be perform on two tables at the same time.

The enclosed script has code to perform the following actions in the AUTOS database.

Our focus today will be on 5G – defining the instead of update trigger and 5H – performing unit testing on said trigger.

Since our view joins data between two tables, we need to know if data is going to be updated from the 1 = MODELS, 2 = MAKES or 3 = BOTH tables.

With the instead of update trigger, we could compare the new data in the inserted table to the old data in the deleted table to determine what action to perform. This would require a lot of code for a view with a bunch of fields.

How do we determine what table to update using a limited amount of code?

We are in luck since the DBCC INPUTBUFFER command can help us. Calling this function with the current session id returns a table containing information about the event. I used a table variable below to hold the information. We can find the exact TSQL statement that was used when the trigger fired.

By parsing this string, we can find the WHERE clause of the update statement. Thus, finding what table to update from.

The code below defines the INSTEAD OF UPDATE trigger.

instead of update - trigger

Lets get the negative testing out of the way by trying to update data from the view without a primary key.

The first positive test is to update data in the MAKES table using a primary key.

The second positive test is to update data in the MODELS table using the primary key.

The third positive test is to update data from both the MAKES and MODELS tables at the same time works. This is a new functionality that is not available in a normal view.

In summary, we were able to add a INSTEAD OF UPDATE trigger to our user defined view to make it function correctly with a UPDATE statement. While I have been focusing on enabling a VIEW to be updatable, triggers can be used to implement many different business rules.

Just remember, a trigger gets fired like a Tommy Gun every time the associated DML statement (INSERT, UPDATE, DELETE) is executed. Therefore, limiting the amount of code in a trigger will make sure your SQL statements execute as quick as possible.

Next time, I will be creating a test data warehouse from scratch with 20 million rows. This in preparation for partitioned and materialized views.